According to British media the surveillance is everywhere. And the fines may run high – even by European standards.

Speeding tickets and reactions are regularly discussed. For more info, you should visit Driving Ban. And Wikipedia has an interesting entry on Road speed limit enforcement in the United Kingdom. The official source on traffic penalties is Road Traffic Offences: Guidance on Fixed Penalty Notices.
A good place to get advice on what to do if you get a ticket for a motoring offense is No Penalty Points. Highly recommended.
Be aware that both fines and license withdrawals are subject to police judgement and the local circumstances (eg. act polite, take off any helmet, and beg for pardon). In addition, Great Britain offers a relatively high degree of legal protection.

It is possible to be jailed for speeding in the UK, but only at excessive velocities.
The fastest convicted speeder in the UK was Daniel Nicks, convicted of 175 mph (282 km/h) on a Honda Fireblade motorcycle in 2000. He received six weeks in jail and was banned from driving for two years. The fastest UK speeder in a car was Timothy Brady, caught driving a 3.6-litre Porsche 911 Turbo at 172 mph (277 km/h) on the A420 in Oxfordshire in January 2007 and jailed for 10 weeks and banned from driving for 3 years.
source: Wikipedia
About points:

You could be disqualified from driving if you build up 12 or more penalty points within a period of 3 years. For new drivers (still within 2 years of passing your driving test) the license will be revoked when you reach 6 points.
You will find a good survey on the penalty points system at the Motor Lawyers.

The British speeding calculator has more information on speeding in the UK. Recommended. 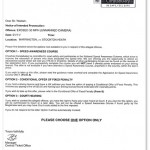 Speed Awareness Course
The National Speed Awareness Scheme is an innovative scheme that has been put in place by police forces across the UK to allow motorists caught speeding to complete a workshop rather than be issued with three penalty points and a £60 fine. Check NoPenaltyPoints for details.